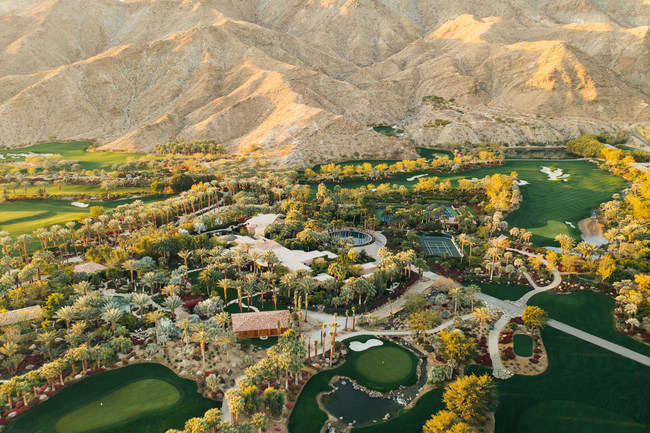 Sensei, known for leveraging technology to benefit health and delivering innovative evidenced-led wellness programs in breathtaking natural settings has been laying out more detailed plans for its second retreat, Sensei Porcupine Creek, which is slated to open in early 2022. The retreat will compete head-to-head with some of the best wellness retreats in the U.S.

The City of Rancho Mirage approved plans for the ultra-high-end resort on April 1 with a 4-1 vote as Iris Smotrich dissented based on fears of potential increased traffic. Nice call on that one. The specific plan includes up to 50 studio, single-bedroom and multi-bedroom units that combined could accommodate up to 188 guests when fully developed. The retreat will be built in phases on 191 acres of the 230-acre estate, located at 42-764 Dunes View Road in the foothills of the Santa Rosa Mountains.

Based on the city’s estimates, the resort could generate more than $1 million per year in transient occupancy tax with guests staying an average of three to five nights and room rates beginning at $650 to $700 per night.

As the brand’s first standalone retreat, Sensei Porcupine Creek will offer a tranquil and intimate setting featuring hotel rooms in the former estate house as well as private villas clustered throughout the property. Renowned for its private golf course, world-class tennis facilities and notable guests, Sensei Porcupine Creek will offer similar spa, nutrition, movement, and other wellness and sports programs found at its sister facility, Sensei Lāna’i, A Four Seasons Resort in Hawaii. Sensei will provide curated packages based on what they refer to as the Sensei Way, which distills health science into three simple paths for everyday living: Move, Nourish and Rest.

“Sensei is a trusted source for immersive wellbeing, given we have best-in-class practitioners, and our approach is rooted in science and research and backed by technology. The Guest’s stay is further enhanced by unmatched settings grounding people in a lush natural environment that becomes as much a part of the experience as the wellness programs themselves,” said Kevin Kelly, CEO of Sensei, who previously served as the general manager of the world-renowned Two Bunch Palms in Desert Hot Springs. “Our first retreat is located in Ko’ele, the spiritual uplands of Lāna’i. Now, with Sensei Porcupine Creek, we have the opportunity to offer our programming in a stunning luxury setting that takes advantage of its majestic desert location, which has long been a destination for health and wellness seekers.”

Sensei’s evidence-led approach aims to collect the most current research backed by clinical trials, data and facts in order to provide the authority for trust that leads to a way to live a healthier lifestyle. The Sensei Way is led by science, marshaled by Dr. David Agus and supported by a trained team of Sensei Guides and practitioners who hold advanced degrees in their respective fields.

Sensei Guides will be the stewards of Sensei Porcupine Creek’s offerings, where they will work with Prearrival Specialists and Sports Performance Coaches to curate itineraries based on each individual’s goals by incorporating tailored activities including innovative spa treatments, yoga classes, meditation, daily hikes, nutrition consultations, golf, tennis and much more. Sensei is continuing its collaboration with Nobu to provide healthy and innovative cuisine in a unique dining setting at Porcupine Creek.

Sensei’s first retreat location was in a collaboration with Four Seasons. Set within the secluded Hawaiian island’s 90,000 acres, Sensei Lāna’i was founded by Larry Ellison and Dr. David Agus with the goal of helping people live longer, healthier lives. Sensei Porcupine Creek will be the company’s first foray into operating both the wellness facilities and the hotel.