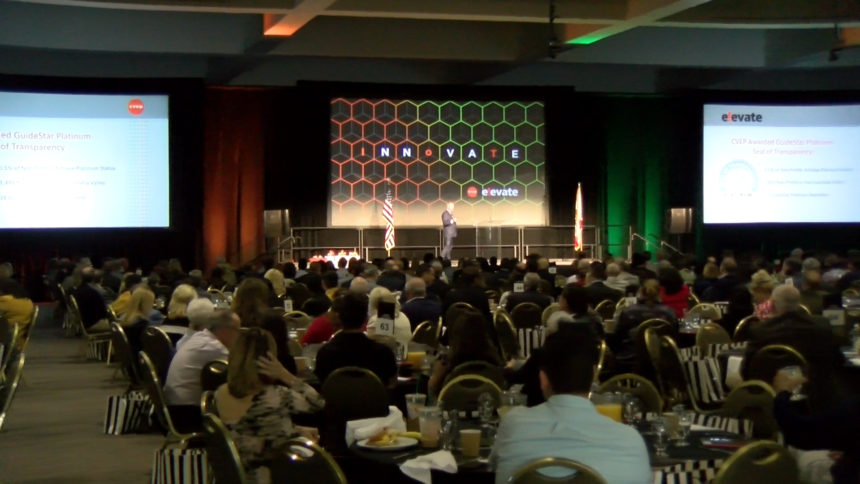 I have a plaque in my office commemorating my service as one of the founders and a former chairman of the Coachella Valley Economic Partnership (CVEP). When I look at it, I’m reminded of how fortunate I was to have been at the first organizational meeting in 1994 when Dick Oliphant, Bob Dickey, Bill Powers and many other local leaders decided to create an organization comprised of a blend of private sector enterprises and public agencies to concentrate on diversifying the economy of the Greater Palm Springs region. The core purpose was to help grow an economy that would be much less dependent on tourism/hospitality and agriculture which have always been industries especially impacted by negative national and state business cycles and/or characterized as providing mostly lower than average wages and benefits.

I kept showing up to the meetings and always seemed to come away with a couple assignments as we worked to gain momentum and funding for a nascent workplan in progress. I saw CVEP’s initial fundraising efforts as an excellent opportunity to build my personal network by going out and meeting with important people to get their input on what we were doing and to try to rally investment in the organization.

As I was still trying to learn about our local economy back then, including the vast economic and socio-economic differences among the nine desert cities, I witnessed a very high level of competitiveness between the cities and major private companies located within them. The indelible memory of one day in particular, when I was out pitching early investment in CVEP, still amazes me. One morning, I was in the offices of the owners of two prolific companies on opposite sides of the region. In the Palm Springs meeting, I heard the following sentence: “Bob, it all sounds good but CVEP seems like an East Valley organization so I’m not sure it’s a good fit for us.” Later in Indio I heard, “Bob, it makes sense overall but CVEP seems like just a West Valley organization to me.”

For many years, CVEP had a modest budget and often had volunteer chief executives to keep things moving forward. That was fine to all of us as we insisted on keeping the organization nimble and focused on being a catalyst that worked to create partnerships to address specific regional challenges of the day, to help develop pilot programs that likely would not have otherwise gotten off the ground (and to spin them off), and to stimulate entrepreneurship of all shapes and sizes. We didn’t want to create a bureaucracy with a big overhead; we wanted only to take actions that would stimulate economic activity in our non-core sectors and make the proverbial tide rise for our fellow residents. To this day, CVEP is nimble and efficiently managed, it is addressing major challenges with numerous partners, it is creating pilot programs, and it has stimulated entrepreneurship substantially.

In the aftermath of the national housing and financial crisis that brought us the Great Recession and negatively impacted the Coachella Valley more so than most areas in the country, CVEP evolved into what most viewed as a necessary force for good to help prevent such a massive negative impact from ever happening again. All of the cities in the Coachella Valley got on board and made long term commitments to funding CVEP. Over time, some – but not all – of those commitments were kept in place.

Of particular significance to diversifying the economy, the cities of Palm Springs, Cathedral City and Desert Hot Springs came together to establish one of the original California iHubs in Palm Springs. The local iHub got off to a great start and attracted an average of one startup company per month until the pandemic hit. Even through the pandemic, CVEP managed to keep 26 of these companies in the iHub program after having graduated 60 prior to 2020.

From what I can see as a long-term business owner in the Coachella Valley, the innovation hubs under CVEP’s leadership have established an innovation ecosystem that never existed here before. In fact, I was part of the consulting team that wrote the grant to secure the iHub and I can tell you that our research showed that for the local iHub to be successful, the team that would be in charge of managing it would have to attract entrepreneurs mostly from outside the region. It was not an easy task by any means, but CVEP’s CEO, Joe Wallace, and his team pulled it off. CVEP now operates iHubs in Palm Springs, Palm Desert and Indio.

The pandemic has illuminated, yet again, the need to better diversify our local economy. The vision that started in the city of Palm Springs, gave CVEP a head start over communities outside of the region that did not put entrepreneurship into their plans. CVEP took that vision and has established one of the most developed innovation ecosystems in the Inland Empire. It was recently recognized for that in a white paper by the University of California Riverside’s Center for Social Innovation.

Last March, CVEP expanded its focus to include assisting local businesses to gain access to a wide range of often complicated relief programs offered by the SBA, state of California, Riverside County and our desert cities. With agile maneuvering outside its normal scope of work, CVEP secured nearly $3 million worth of PPE from the state of California to distribute to Coachella Valley businesses through its partnerships with all nine cities and chambers of commerce. In doing so, CVEP delivered direct value equivalent to more than double its annual budget at a critical time.

Prior to the pandemic, CVEP issued the first of a series of white papers on solutions to the important regional issues facing the Coachella Valley. The first paper was to address the need for a comprehensive university so that the workforce of our future can complete college without leaving the region. They subsequently partnered with the city of Palm Desert and the Greater Palm Springs CVB to form Priority One Coachella Valley to pursue an expansion of the CSU Palm Desert Campus. I am hopeful and optimistic that something great will happen because of these efforts.

CVEP’s scholarly approach attracted more interest and we have now expanded into serving as a catalyst with CVAG and SCAG to promote a faster and more comprehensive broadband backbone in the Coachella Valley to help close the digital divide and make full-time telecommuting possible for people who want to enjoy our beautiful valley at home while working remotely.

Looking at a dashboard of economic metrics on a daily basis, I see clearly that a robust economic recovery is in process. Now, let us take advantage of the learnings and major changes brought forth by the pandemic of the century to leverage a regional vision into the opportunity of the century.

Let’s keep partnering valley-wide on important initiatives; let’s build upon an exciting new foundation of innovation and entrepreneurship; let’s harness the talents of the thousands of new people who have bought homes in town in the last year; let’s conduct business attraction marketing as a region first and then compete for where new companies will locate. Let’s all lean in to the vision and efforts of CVEP and its many esteemed partners to make the Coachella Valley the best it can be. Let’s do it now. Let’s go! 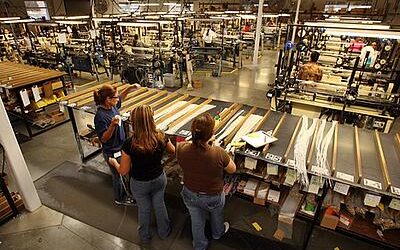 Anyone who even casually browses the news media on a regular basis has seen considerable coverage of the many challenges facing the U.S. economy as we all try to move on from the problems associated with the COVID pandemic. It’s likely you know much more about things...