People throughout the Coachella Valley are mourning the death of Robert Bianco, a local icon and a legend in the California table grape industry who was revered for his steadfast support of many local charitable nonprofit organizations.

Bobby was born on March 16, 1942 in The Bronx, New York, to Anthony and Rosa Bianco. The youngest of 8 children, Bobby made the family a perfect match of four boys and four girls. As an infant, Bobby and the entire Bianco family moved west to the golden state of California, settling in Fresno. After graduating Bullard High School, Bobby attended the University of Notre Dame in South Bend, IN where he received a Bachelor of Business Administration Degree with a concentration in Finance in 1965.

Soon after, Bobby served in the United States Army National Guard in California for 5 years, mainly stationed at Fort Ord. Bobby moved to Indian Wells along with his wife, Harlene, in 1969. From the desert they built a family and a business, Anthony Vineyards. For more than 50 years, Bobby and his brother, Domenick T. “Cookie” Bianco worked side-by-side to create, build and maintain Anthony Vineyards with Bobby overseeing the Coachella Valley operations and Cookie overseeing the Bakersfield, CA portion.

While holding executive positions at Sun World International, the Bianco brothers never took a salary from Anthony Vineyards, instead reinvesting that money into the growth and expansion of the company. Anthony Vineyards became one of the world’s leading table grape growers helping grow their table grape business to international status. Together, the two brothers managed a company that includes nearly 10,000 acres of organic and conventional table grapes, dates, citrus, and peppers. Additionally, they have partnered with Prime Time International since its initial founding, and they are co-owners of SunDate, both in Coachella, CA.

Bobby was an icon in the Coachella Valley. His company has employed thousands of farmworkers over the past 50 years, providing opportunities to support the economic growth of the East Valley. Many of the employees stayed with him for decades and multiple generations of families were an important part of the business. Numerous farmworkers advanced through the ranks of Anthony Vineyards, including many who went on to hold management positions at the company. He always treated everyone with dignity and respect. His daily presence walking the fields and interacting with people will be greatly missed.

Bobby was a powerful leader and a talented mentor. His decades of hard work, dedication and passion for both Anthony Vineyards and the grape industry will never be forgotten. His ability to devote himself not only to his work life but to make his family a priority serves as an inspiration to everyone who knew him.

Well-known for his business acumen and intelligence, Bobby was a longtime member of the boards for the California Table Grape Commission and the California Grape and Tree Fruit League. In addition, Bobby was President of the California Desert Grape Administrative Committee since 1980. Bobby also served as Chairman and Director of American AgCredit Bank for fifteen years.

Bobby was instrumental in the development and expansion of the “Red Flame Seedless” grape. This new grape variety came to its prominence in the mid-1970s. Prior to its release, most of the grape varieties contained seeds. The “Red Flame Seedless” was a major advancement in the evolution of the grape industry. Grape growers from around the world came to the Coachella Valley to learn about this new grape variety, and Bobby was more than pleased to share his knowledge and experience.

Over the course of his years in the desert, Bobby was most heavily involved with the Boys and Girls Club of Coachella Valley. Bobby became a member of the Board of Directors in 1974. He increased his support by continued service on the board up until the time of his death. He also served on the Southwestern Growers Golf Committee, which in 2018 awarded him the inaugural Friend of the Southwestern Growers Award. Bobby’s love for the organization was evident through his consistent sponsorship of the annual Grand Auction Gala, Southwestern Growers Golf Tournament, Sports Heroes Luncheon, Tony Reagins Alumni Golf Tournament, and his generosity with funding assistance for the Boys & Girls Club in Indio as well as the new Mecca Boys & Girls Club.

Bobby was heavily involved with other local charities including YMCA, Big Brothers Little Sisters of the Desert, and Desert Arc among others. Over the course of his years in the Coachella Valley, Bobby was heavily involved in the community. His generosity was rarely openly recognized by these organizations as he preferred his anonymity. It was about the kids and the causes, not about him.

In addition to his philanthropic activities, Bobby took great pride in his Catholic upbringing and faith. Throughout the years Bobby supported the creation and/or expansion of Our Lady of Perpetual Help in Indio, St. Francis Parish in La Quinta, Our Lady of Soledad in Coachella, Our Lady of Guadalupe in Mecca and Sacred Heart Church in Palm Desert. He also generously supported Palm Valley School, Palm Desert High School, Sacred Heart School and Xavier College Preparatory High School.

Bobby was an avid golfer, participating in many local charity golf events and playing in the Bob Hope Classic for fifteen years. Together, Bobby and Harlene won club championships at both Bermuda Dunes Country Club and Toscana Country Club.

Bobby was proud of his Italian heritage and had an immediate affection for anyone whose name ended in a vowel. He loved to tell stories of growing up in an Italian household with a mother who spoke no English and father who had only an elementary school education. Despite his limited education, his father grew into a successful businessman, eventually being named the “Juice Grape King of the United States” by New Yorker Magazine in 1958. Bobby reveled in introducing his children and grandchildren to all things Italian, passing along generations-old recipes that were never prepared quite as good as his mother’s versions.

Bobby will forever be attached to his alma mater, the University of Notre Dame. Bobby loved going back to the campus, seeing old friends and attending football games, most notably their many victories over USC. Recently, Bobby and Notre Dame established the Bobby & Harlene Bianco Grant in Aid which is an annual scholarship awarded to a football player who comes from a farming family. Bobby was a proud member of the President’s Circle and has passed along his passion for Notre Dame to the next generations. Go Irish!

Bobby was most proud of his son Anthony and daughter Francesca, who were both born and raised in the Coachella Valley. Bobby and Harlene had a tight-knit, traditional family who ate dinner together every night. They never missed one of Anthony’s sporting events and were huge fans of Francesca’s ice skating as a young girl.

Now both Anthony and Francesca are raising their own families here in the desert. They continue to carry on many of the Bianco family traditions. Anthony oversees much of the operations at Anthony Vineyards in Coachella and ate lunch with his dad every workday. Francesca also followed in her father’s footsteps and is a proud Notre Dame alum, and regularly hosted her parents for Sunday dinners and holidays trying to perfect all of those Bianco family recipes.

But nothing was more important to Bobby than his wife, Harlene. The two of them did everything together. Every night was date night, especially on the weekends which always included dinner and a movie. Together they built a loving family and a thriving business. They traveled the world visiting well over thirty countries. They were golf and tennis partners. Together they made every decision. They laughed, smiled and cried. They honored their vows of marriage for fifty years. They were soul mates.

Bobby is directly survived by a son, Anthony A. Bianco (Tasha), and a daughter, Francesca R. Gist (Jonathan), and six grandchildren: Bobby, Robert, Isabella, Franky, Anthony and Vincenza. He is also survived by his brother Domenick T. “Cookie” Bianco and sister Connie Spagnuolo, in addition to the countless nieces, nephews and cousins that come with having seven siblings.

In lieu of flowers, please consider making a donation in the name of Bobby & Harlene Bianco to any of the following:

Boys and Girls Club of the Coachella Valley – www.bgcofcv.org

Our Lady of Guadalupe Church of Mecca – www.santuariodeguadalupemecca.com

Our Lady of Soledad Church of Coachella – www.ourladyofsoledad.org 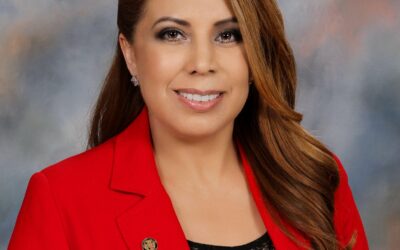 Dr. Martha Garcia Selected as New President of College of the Desert

The Desert Community College District Board of Trustees announced that higher education leader Dr. Martha Garcia has been offered the position of Superintendent/President at College of the Desert following a national search and community listening sessions. Dr. Garcia...

END_OF_DOCUMENT_TOKEN_TO_BE_REPLACED 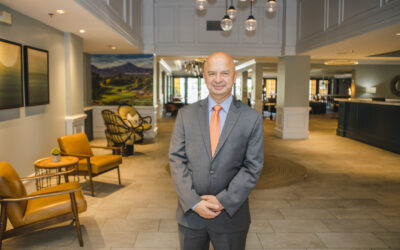 Miramonte Resort & Spa in Indian Wells continues to fill out its executive team with the addition of Ajit Acharya as General Manager. The resort reopened in February under the management of new owners CoralTree Hospitality after a nearly yearlong pandemic-related...

END_OF_DOCUMENT_TOKEN_TO_BE_REPLACED 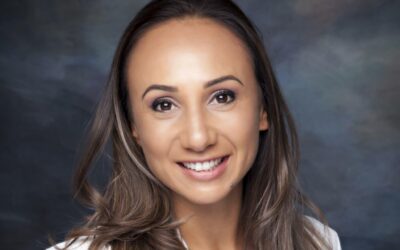